Al Rickard is a Certified Association Executive (CAE) with more than 40 years of experience in communications, marketing, publishing, public affairs, and association management. He launched Association Vision in 2000 following a long career as an association executive and has built the company into a respected firm that has helped more than 110 associations expand and improve their communication programs.

He is skilled at strategically evaluating communication operations and improving content delivery while boosting non-dues revenue.

Before launching Association Vision, Rickard served as senior vice president for marketing and member services at the National Food Processors Association (now the Grocery Manufacturers Association), where he was responsible for generating $12 million in annual membership and non-dues revenue and overseeing the marketing, membership, meetings, and education programs. In this position, he created a marketing department to meet changing association needs and integrated marketing efforts between the association and its four subsidiaries. He also forged strategic alliances with other food industry associations, independent trade publications, and a for-profit trade show.

Rickard was also vice president of communications and public affairs at the Greater Washington Society of Association Executives (GWSAE), where he integrated the public relations, government affairs, and publishing operations into an expanded communications department. He turned around GWSAE's Executive Update magazine, hired new staff, initiated a new editorial approach, and redesigned the publication, establishing it as the premier magazine in the association community. Rickard also revamped the Executive Update advertising program, generating a 30 percent increase in ad revenue during the first year under his direction.

At the International Association of Convention & Visitor Bureaus (now the Destination Marketing Association International), Rickard was part of the senior management team that opened a new international headquarters in Washington, DC, where he served as vice president of communications and government relations. He led an aggressive image-building and visibility campaign and spearheaded convention and visitor Bureau involvement in the first-ever White House Conference on Travel and Tourism, developing and implementing a strategy to nominate and install 235 CVB executives as delegates to the conference.

Earlier in his career, Rickard was the first section newsletter editor at ASAE and the first editor of USAE newspaper. 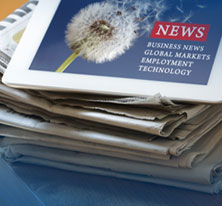